This winter shall last for the length of three normal winters, with no summers in between. Mankind will become so desperate for food and other necessities of life that all laws and morals will fall away, leaving only the bare struggle for survival. It will be an age of swords and axes; brother will slay brother, father will slay son, and son will slay father. The wolves Skoll and Hati , who have hunted the sun and the moon through the skies since the beginning of time, will at last catch their prey.

The stars, too, will disappear, leaving nothing but a black void in the heavens. Yggdrasil , the great tree that holds the cosmos together, will tremble, and all the trees and even the mountains will fall to the ground. The chain that has been holding back the monstrous wolf Fenrir will snap, and the beast will run free. Jormungand , the mighty serpent who dwells at the bottom of the ocean and encircles the land, will rise from the depths, spilling the seas over all the earth as he makes landfall.

This ship, which is made from the fingernails and toenails of dead men and women, will sail easily over the flooded earth. Its crew will be an army of giants , the forces of chaos and destruction. And its captain will be none other than Loki , the traitor to the gods, who will have broken free of the chains in which the gods have bound him.

Fenrir, with fire blazing from his eyes and nostrils, will run across the earth, with his lower jaw on the ground and his upper jaw against the top of the sky, devouring everything in his path. Jormungand will spit his venom over all the world, poisoning land, water, and air alike. The dome of the sky will be split, and from the crack shall emerge the fire-giants from Muspelheim. Their leader shall be Surt , with a flaming sword brighter than the sun in his hand. As they march across Bifrost , the rainbow bridge to Asgard , the home of the gods, the bridge will break and fall behind them.

An ominous horn blast will ring out; this will be Heimdall , the divine sentry, blowing the Gjallarhorn to announce the arrival of the moment the gods have feared. Odin will anxiously consult the head of Mimir , the wisest of all beings, for counsel. The gods will decide to go to battle, even though they know what the prophecies have foretold concerning the outcome of this clash. Odin will fight Fenrir, and by his side will be the einherjar , the host of his chosen human warriors whom he has kept in Valhalla for just this moment.

It is from the point of view of a British woman, so it is not surprising that a lot of Britishisms is that a word? This novel was the one with the most satisfying ending for me. The first novel, The Age of Ra, could have used a sequel I think as there were a lot of unresolved issues in my mind. The last novel, The Age of Odin, was the least satisfactory for me. It was the only one in which nobody really knew about the gods. In the other novels, the pantheons had taken over the world, where as in this one they were a secret. I thought perhaps the theme should have continued on with the third novel.

If I were to recommend this series I would say that fans of military sf will enjoy these books, all the main characters are ex-military or ex-cops so the style of writing is quite male oriented, even in The Age of Zeus where the main character is female. It is a fun read with a bit of a commentary on the way the world is and what it might take to set us all on the straight and narrow.

Search for:. Enjoy Advertisements. Jordan L. Hawk Men, Monsters, and Mayhem. Lizzy Chandler Romance with a touch of suspense. Cornfield Meet Things collide here. The more the plummy-voiced, baby-faced buffoon insisted in his cod-statesmanlike way that everything was under control, the less anyone believed him. All those floggings, fagging and buggery at public school hadn't moulded a man capable of coping with a nation in crisis.

Daddy couldn't open the chequebook and get him out of this one. He was going to have to handle it himself. Or not, as the case may be. Clasen said how much he was looking forward to putting heads together with America's President Keener in a few weeks' time and having a full and frank exchange of ideas about the crisis, and it just so happened that the very next item on the programme featured the luscious Mrs Keener herself. It was coverage of her State of the Union address which she'd given the previous evening and which she claimed was directed not just at Congress or even the American people but at "all the citizens of the world.

The usual bromides from the First Lady, delivered in that honeydew Deep South accent of hers. God, though, she could always make it sound good. Like there was no reason why you shouldn't trust every word she said. No reason to doubt her. Helped that she was so fit, too. Before I came to Washington, I had no idea what cold was.

But I got used to it once I was here, and learned to bundle up on those days when the Potomac turned white. And if I can do that, we all can. This ain't no ice age, that's just fool talk. No global warming neither. This is just some funny old weather cycle, a little jape the Good Lord has seen fit to play on us, and it'll pass. Long as we wrap up warm and look out for each other, we'll be fine.

The Age of Odin - renlisemisch.tk

Wouldn't you? Those cheekbones.


Those lips. That voice.

That figure, which her tailored suit did nothing to disguise and everything to emphasise. Happily married mothers of two don't get any at home. She'd be gagging for it. For use later. I was knackered.

Been driving all day, without let-up, and on my mettle every inch of the way. I didn't want to ask him - it went against every instinct I had - but I couldn't see a way out of it. But I need to get my head down, and we need to get back on the road while there's still a road to get back on.


Just be careful, don't go fast, don't get fancy. Half an hour's shuteye, that's all I want, then we'll swap back over. Honestly, it was like being with a kid, not a grown man the wrong side of thirty. Which reminded me. As Abortion got the car in motion, I fished out my mobile. Shouldn't be calling Gen's but wanted to. Wanted to speak to Cody, just hear his voice, make contact before Abortion and I disappeared into whatever it was we were about to disappear into. One bar of signal, flickering. I gave it a shot.

How you doing? Where are you? 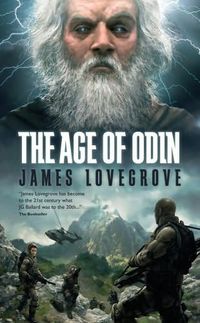 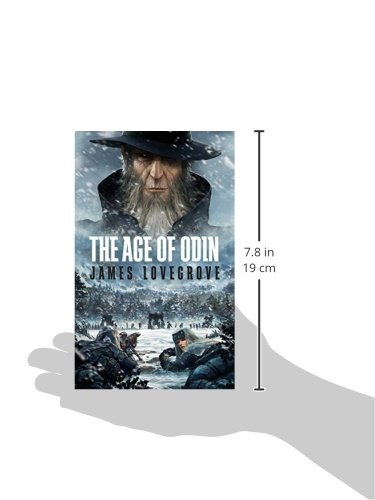 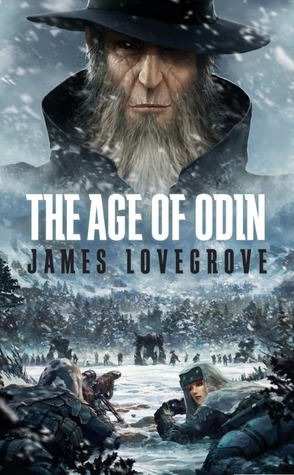 Related The Age of Odin